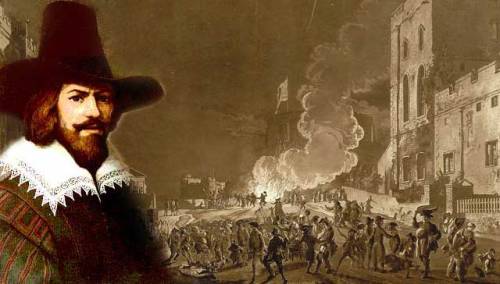 Laura Stuart is a convert to Islam who was arrested [i] on a “fishing expedition” last year on Guy Fawkes’ day, November 5. There was no evidence – three months later, the case was dropped. She is active in the Palestine solidarity movement. Perhaps this is why she was harassed by the police.

Several left-wing activists, including the son of Pink Floyd guitarist David Gilmour, who were imprisoned for participating in various protests, were interviewed by the Guardian [ii]. 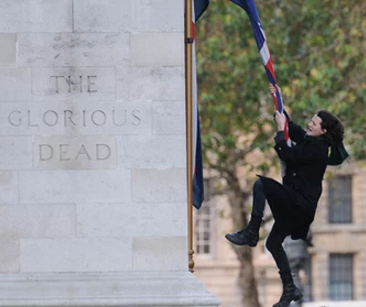 It is instructive to contrast their experience, and Stuart’s, with that of Tommy Robinson, Britain’s second best-known critic of Islam, after Richard Dawkins. His recent biography is entitled Enemy of the State [iii].

Stuart was treated relatively well. She wasn’t threatened – the police just used standard “hard cop, soft cop” techniques to try to get her to talk, and examined the contents of her computer and mobile phone. It’s worth reading her account if you don’t have any experience with the police.

Charlie Gilmour was pleasantly surprised to be looked after by older inmates, most of whom admired his participation in a protest/riot outside No. 10 Downing St..

When Jonnie Marbles was seen on TV throwing a pie in the face of Rupert Murdoch, the inmates at HMP Wandsworth cheered. When he was sent to the same prison, “he was treated like a minor celebrity”.

20-year-old Chelsea Stafford had it worse. She was evicted from a squat in Liverpool and sent to HMP Styal, where the screws refused to respect her vegan diet. She slashed herself with a knife – a common female reaction to prison.

But on the whole, because left-wing activists have a lot of support from outside, the Guardian article says “Prison wasn’t exactly a cakewalk, but it’s clear that these activists can enjoy a privileged status within the system.”

This was not Tommy Robinson’s experience. He too had lots of support from outside – from his organisation the English Defence League, and numerous other people concerned about “Islamification”. But, if there’s any truth in his biography, he was treated much worse than the Muslim and left-wing activists listed above.

Although the government has helped protect him and his family against murderous assaults by Muslims by installing “panic buttons”, in their home, etc., it has also deliberately put him in danger many times.

Robinson usually does his prison time in solitary, to avoid Muslim gangs, but sometimes, the authorities force him into the proximity of people who want to kill him. In 2012, warders locked him in a cell with three violent Muslims, who kicked him unconscious. 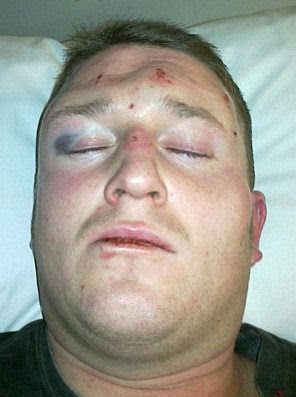 Robinson has never been convicted of a violent offence. In July 2015, he was recalled to prison for lending money to someone who exaggerated their earnings on a mortgage application. Despite knowing that Muslim extremists wanted him killed, the authorities put him on a wing two cells away from a Somali murderer serving 28 years. He offered money to anyone who would pour boiling water mixed with sugar over Robinson’s head. The sugar would make it stick, and cause permanent damage. Robinson pre-emptively attacked the guy, and ended up being charged for this act of self-defence.

The aim of the authorities’ collusion with Muslim extremists is to silence criticism of Islam, as Robinson explains a recent Rubin Report interview [iv]. Part of his bail conditions, for a non-political, white-collar crime, included not being involved in politics. Frequently, when he is about to speak to a large audience, e.g. the Oxford Union, he gets recalled to prison. The government also made an amateurish attempt to turn him into a “grass”, thinking he could give them information about violent right-wing extremists. However, as he explains, one of his most onerous political activities has been keeping such extremists at arm’s length, and out of the EDL.

Why would the state treat a critic of Islam much worse than its defenders? The contrast between the treatment of Stuart and the treatment of Robinson undermines the notion that the British state is “Islamophobic”. The difference between his experience and that of Gilmour and comrades leads to questioning why the “capitalist state” would treat anti-capitalists much better than someone campaigning against Muslim rape gangs [v].

At the time of writing, Robinson is still in danger of being put back in prison with Muslims who want to murder him. There is a fund for his legal defence [vi].

ii ‘It makes you want to fight back’: activists on life after prison, the Guardian, 28 May 2016 – http://www.theguardian.com/world/2016/may/28/activists-life-after-prison-charlie-gilmour