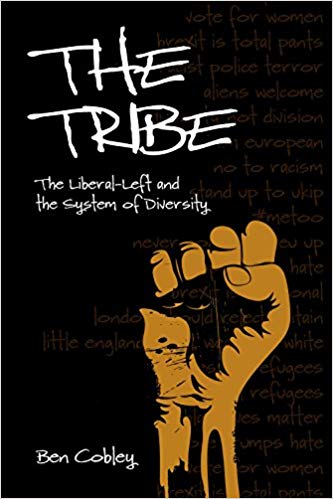 The Tribe: The Liberal Left and the System of Diversity, by Ben Cobley.

A longstanding member of the UK Labour Party has written a book exposing the extent to which diversity politics has taken over Labour and various other institutions of the British state, and some of the consequences. For example, the cover-up of the activities of Muslim child-rape gangs, and the sacking of a Nobel Prize-winning cancer researcher for making a joke which a feminist misunderstood.

It says everything I’ve been writing here for years, in greater depth, explaining what diversity is, and why it is so problematic.

One thing missing is any examination of the idea that identities are created by real oppression. The author seems to think that black people are lured into identity politics by politicians, whereas in its origins, black identity was a response to racism.

The other omission is questioning whether there is a genetic basis to the weakness in white European societies which allows the cancer of diversity to get a grip. For that, you have to look beyond disgruntled traditional leftists.

EDIT: 26 September. I have one other major issue with this book. But it would be too predictable for me to say what it is.