The unanswerable allegations “Racism” and “Anti-semitism” have long been the coin of the realm among wannabe thought police; the term Islamophobia is a fairly recent addition to their vocabulary.

A Muslim commented on one of my articles for deliberation.info (1), complaining of Islamophobia in the British left. Perhaps she hopes this word will become as powerful as the word “racism”, and stop criticism within the left of opportunist alliances with conservative Muslims (2).

“Anti-Semitism is even worse. It conjures up images of concentration camps…”

The Council for the National Interest is an American think tank. It posted my piece admonishing “hate studies”, and implicitly, the multi-million-dollar “hate industry”, for their failure to criticize Zionism (4). However, the CNI also publishes attempts to use hate industry techniques against Zionists, by accusing them of Islamophobia (5). But, if these techniques – selecting evidence, exaggerating conservative prejudice, and implicitly opposing freedom of opinion – are unacceptable when used to provide cover for Zionism, they are equally unacceptable when used to criticize it.

How much Islamophobia is there in America?

After the Oklahoma City bombing of 1995, some pundits claimed it was probably an Islamic attack. When a white man – with right-wing views and an army haircut – was arrested, the anti-fascist left hi-fived, saying that this shows that only bigots believe Islamic terrorism is the main threat in America.

But that was before September 11th, 2001, which appeared to be the work of Islamic extremists.

These atrocities produced some hostility to Muslims in general – but not as much as the hate industry predicted. On September 17th, president Bush spoke outside a mosque, calling Islam “a peaceful religion”. There was a vicious immigration crackdown after 9/11, and there have been some hate crimes, but Muslims have not been rounded up like the Japanese Americans were during world war II. The claim that “hysteria about Muslims in American life has gripped the country” (5) should be taken no more seriously than the hate industry’s invention of a continuous increase in racial violence (4).

Shouting the word Islamophobia in the context of foreign policy provides cover for the war crimes of the current administration; the “Islamophobes” singled out by anti-fascists are invariably Republicans (5). The Democrats drop bombs with less hate in them.

Back home, the FBI claims that “anti-Muslim crimes were a distant second to crimes against Jews” (6). This laughable claim is obviously the result of pressure from the Jewish Lobby, which the FBI once explicitly resisted (3). After J. Edgar Hoover’s death, that broke down, and the FBI now treats the Anti-Defamation League almost as another government department, taking its inventions seriously (7).

In contrast, the Muslim Council on American Islamic Relations honestly reports that complaints of anti-Muslim hate crimes declined in 2008 to 116 (8). This is less than one hundredth of one percent of violent crimes (9). In an article on what she calls “TV’s most Islamophobic show”, Laila al-Arian admits, “some may say these are hypersensitive complaints in a politically correct obsessed era…” (10). I couldn’t have put it better myself.

“Islamophobes” claim Islam is opposed to the “Western values” which Israel and the USA share (5). People who listen to this don’t listen to p.c. blackmail. They might listen to their interests. Though all Islamists oppose Israel, most harbor no animus toward the inhabitants of Western countries. It is in Israeli interests to amalgamate them all, but it is in the interests of the rest of us to divide those who target civilian aircraft from those who are not our enemies. The idea that terrorist attacks are “false flag” incidents, designed to stir up Islamophobia, makes this harder to do.

I gave up the phrase ‘anti-semitic’ years ago. My new year’s resolution is to drop ‘racist’ and ‘Islamophobic’ too. It’s impossible to work out whether a statement is meaningful, true or false, at the same time as worrying if it’s politically incorrect. 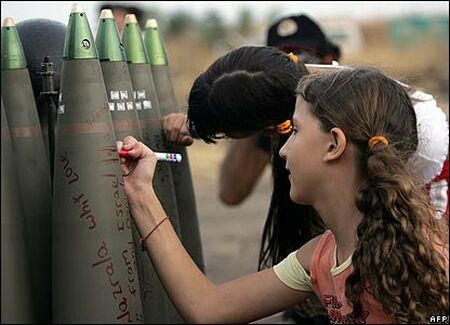