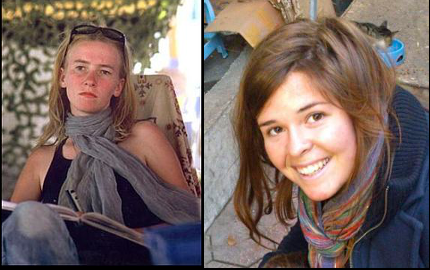 Rachel Corrie and Kayla Mueller were both American peace activists who were killed in their twenties while peacefully opposing political violence in the Middle East, Rachel in 2003, and Kayla in 2015.

The White House treated these two similar murders quite differently.

She worked with humanitarian organizations in India, Israel, and the Palestinian territories, compelled by her desire to serve others.

Rachel was murdered by the Israelis, Kayla by the Islamic extremists of ISIS. Rachel was run over by an Israeli bulldozer while she was trying to prevent the demolition of a Palestinian house. The driver had a clear view of her. ISIS claimed Kayla was killed in an air strike. However, ISIS have murdered numerous hostages, prisoners of war and civilians, and even if it was an air strike, ISIS are responsible for taking an innocent civilian into a war zone.

Some would explain the differential treatment of the murder of these two women by the fact that the Republicans controlled the White House in 2003, and the Democrats in 2015. This implies that, if an activist like Rachel Corrie was killed by the Israelis today, the White House would react in a similar fashion to the way it reacts to murders by ISIS. It would treat Israel as an enemy. Right?

President Bush did speak to Israel’s prime minister about Corrie’s death. He accepted Ariel Sharon’s promise of a “thorough, credible, and transparent investigation.” The investigation took place, and the bulldozer driver was exonerated. 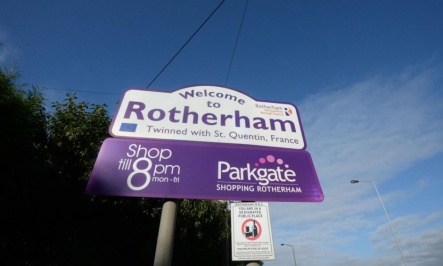 The government has taken over Rotherham council. Last year, a report found that at least 1400 under-age girls had been groomed, raped, and prostituted by organized gangs of Muslim men in the town of Rotherham from 1997 thru 2013.

The new report (PDF) is even more damning. It not only condemns Rotherham’s authority for failing to protect the town’s most vulnerable inhabitants, it found that after the first report was published, the council went into denial, trying to cover its reputation, rather than reform itself.

So the central government has taken over the running of Rotherham from the Labour Party.

But the Conservative-run government itself is implicated in its own child-molesting scandals. It recently revealed that Margaret Thatcher herself directly helped prevent the apprehension of a paedophile.

Another problem with the government’s response is that it only affects Rotherham, and its 250,000 citizens. But the problem — Pakistanis, poverty and political correctness — exists in many areas of the UK.

Terrible things happened in Rotherham and on a significant scale. Children were sexually exploited by men who came largely from the Pakistani heritage community. Not enough was done to acknowledge this, to stop it happening, to protect children, to support victims and to apprehend perpetrators.

Upon arriving in Rotherham, these I thought were the uncontested facts. My job was to conduct an inspection and decide whether the council was now fit for purpose.

However, this was not the situation I encountered when I reached Rotherham. Instead, I found a council in denial. They denied that there had been a problem, or if there had been, that it was as big as was said. If there was a problem they certainly were not told – it was someone else’s job. They were no worse than anyone else. They had won awards. The media were out to get them.