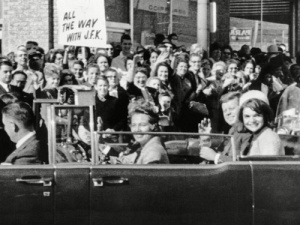 To believe that the US government planned or deliberately allowed the 9/11 attacks, you’d have to posit that President Bush intentionally sacrificed 3,000 Americans. To believe that explosives, not planes, brought down the buildings, you’d have to imagine an operation large enough to plant the devices without anyone getting caught. To insist that the truth remains hidden, you’d have to assume that everyone who has reviewed the attacks and the events leading up to them – the CIA, the Justice Department, the Federal Aviation Administration, the North American Aerospace Defense Command, the Federal Emergency Management Agency, scientific organisations, peer-reviewed journals, news organisations, the airlines, and local law enforcement agencies in three states – was incompetent, deceived or part of the cover-up.

Note this at the top of the article:

The biggest mistake in this article is using the term “conspiracy theorists” for 9/11 truthers. As the truthers point out, ad nauseam, the official story of September 11th, 2001, is a conspiracy theory. But “9/11 truth” isn’t a theory at all. It’s not subject to falsification. If the authorities could do that, they can do anything, and cover it up. This means that any evidence against the 9/11 truth “theory” can be explained away by the “theory” itself. It is self-insulating against disconfirmation.